A Veteran’s Long Journey to Success

Joe’s plan was always to go to college. Raised by a single mother, he saw education as his ticket to success. Enlistment was an appealing opportunity - eligible veterans in Illinois can receive full tuition support at public universities, colleges, and community colleges across the state. 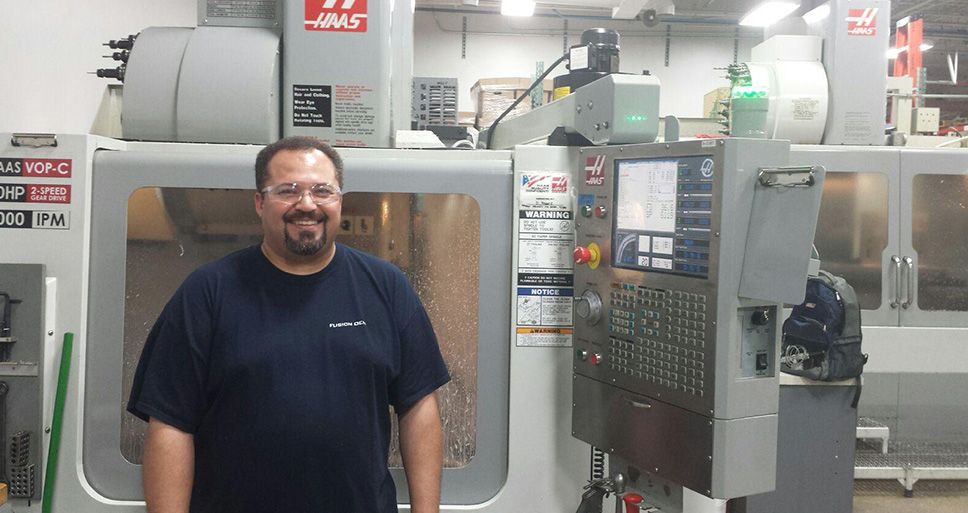 The Cold War ended, and Joe enlisted soon after. In no time Joe was sent overseas to fight in the Gulf War. A year later he was sent overseas to Saudi Arabia and took part in both Operations Desert Shield and Desert Storm. He was a Bradley turret mechanic in D Troop of the 4th Cavalry out of Ft. Benning, Georgia, and he was stationed at the tri-border between Iraq, Kuwait, and Saudi Arabia. After six months of posturing, the air war began (followed shortly by the ground war). Joe’s unit saw some action, but before too long the war was over and the long process of coming back home began. He finished his enlistment the following year, was honorably discharged, and began to consider what to do next.

Joe came back home to Chicago. Instead of enrolling in school right away, as he initially planned, he started working to support himself. His first job was part-time with very little pay (and was very dangerous). While working there, he suffered two workplace injuries. To supplement his income and transition to a healthier work environment, he started working in the retail industry but was continuously passed over for promotions.

Manufacturing offered promise. His first manufacturing job was at Motorola, where he worked for two years assembling mobile phones for the Japanese market. Joe was very optimistic about the career potential in manufacturing; he knew he could do more than low-paying work. But he experienced multiple layoffs and long periods of unemployment before he came to Jane Addams Resource Corporation (JARC) in 2013.

Computer Numerical Control (CNC) was a process Joe was familiar with through his previous manufacturing employment. He started researching CNC job training programs in Chicago after his most recent layoff and came across JARC. With his experience in manufacturing, positive attitude and desire to make a career for himself, Joe was quickly accepted into the CNC job training program.

The uniqueness of the program was immediately apparent to him. The hands-on, strong peer learning elements reinforced his own learning. As he says, “Not only do I have to learn it but I have to repeat it right away.” He was recognized as a leader in the program and promoted to shift supervisor. Working at his own pace in the program, Joe got a CNC job at a firm close to his home in February 2014.

A few months later, Joe landed his dream CNC job as a Machine Shop Assistant at Fusion OEM in Burr Ridge (where he still works today). In this role he operates and performs maintenance on any one of seven different Haas CNC Mills and two CNC lathes, a role that he finds both challenging and rewarding. The company culture encourages open communications and transparency, while placing high value on its employees. Every morning at 8:07 AM the team huddles to discuss the day and share good news, both personal and professional.

Such a positive work environment is refreshing compared to years of low-wages and instability. “My boss and the owner are both genuinely happy to have me here, but not nearly as happy as I am to be here.”