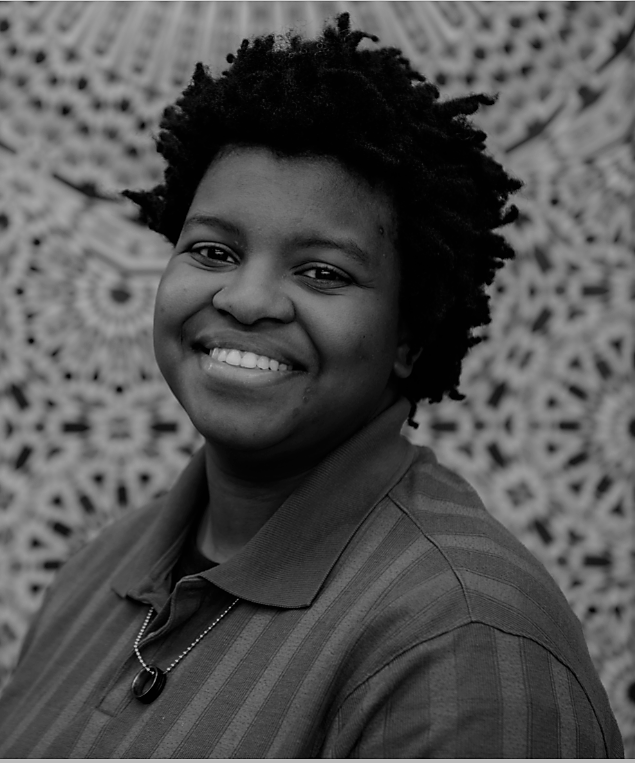 Before Cierra discovered JARC, she was in a series of dead-end, low paying jobs with no opportunity to advance. She planned to move back to Chicago to be with family, but she did not want to continue working as a server or warehouse employee. She had been interested in welding for a while, but the length of training time plus the cost of schooling was never an option for her. Since JARC offers training for free, Cierra was able to work while attending the program.

“What really impressed me was that JARC is a different kind of program. It isn’t just, ‘Oh come learn to weld and then we will never see you again.’ It considers the whole person.” Cierra took advantage of JARC’s financial coaching and informational Friday classes where trainees learn about job readiness and banking. With JARC’s help, she was able to get Medicaid for herself and her husband. “That was extremely helpful because I soon became pregnant, so that helped out a great deal.”

The biggest challenge Cierra faced during training was the initial period of learning how to weld. Learning how to properly use all the equipment and tools took some time, but eventually she felt more comfortable, confident, and safe. She came to love welding. “You don’t just learn to weld, you learn to do a bunch of related skills.” She enjoyed challenging herself to learn new things.

Cierra describes welding as meditative. “A lot of people think of trade jobs as dirty jobs and grunt work, but these skills require a lot of focus and knowledge. I definitely think welding requires focus, dexterity, hand-eye coordination, and all your other senses. I think one of my favorite parts of doing a good weld is knowing it’s good while you’re doing it.”

In her training program, Cierra was impressed with the camaraderie between fellow trainees. “The biggest lesson I learned was asking for help.” The trainees who had been there longer were willing and invested in teaching newer trainees. The positive atmosphere this created enriched her training experience. “Not only were they happy to help, but they actually took time to make sure I understood, so it showed me it’s OK to ask for help.”

Because Cierra got pregnant right after she received her American Welding Society certificate, she did not take the standard route to finding a job. However, she was determined to make a future for herself in welding, so she applied for apprenticeships. One of the first she applied to was Pipefitters, and she was scheduled to take a test right around her due date. She took the test 10 days after having her baby and passed. Because the training requires 60 hour work weeks and she had a newborn, she waited a few months before starting. Cierra is grateful that Pipefitters accommodated her circumstances, and she is excited to be part of the training.

To incoming trainees, Cierra advises brushing up on math and science. She hopes others will find their place at JARC. When asked what JARC meant to her, Cierra said, “JARC means I get to have a career doing something that I enjoy that can support my husband and my daughter.”